Apply Today To Become A Caregiver!
Aging at Home Caregiving

Facts About Parkinson’s for Seniors and Caregivers

Parkinson’s disease is a progressive movement disorder affecting approximately a million people in the United States. While four percent of PD patients are diagnosed before the age of 50, diagnosis usually occurs beyond that age, with the risk of developing the condition steadily increasing with age. Medications are prescribed to treat symptoms that become apparent to both patients and caregivers.

There are at least five identified stages of Parkinson’s disease, although everybody with the condition experiences it differently. Some seniors skip a stage or two or show symptoms associated with advanced stages before showing early stage symptoms. The five identified stages of PD are:
• Stage One – Tremors and shaking (usually mild and often relegated to one limb)
• Stage Two – Symptoms affect both sides of the body
• Stage Three – Noticeable slowing of physical movements (often includes increased difficulty walking, assistance with daily tasks is usually a necessity at this point)
• Stage Four – Visible muscle rigidity and slowness of movement (for an unknown reason, tremors often become less severe or disappear during this stage)
• Stage Five – Difficulty standing, walking, and completing daily tasks (in-home Parkinson’s care and supervision is needed at this stage)
Note: The risk of falling is greater in the last two stages.

No Known Direct Cause of Parkinson’s

While it’s known that cells producing the chemical dopamine dwindle in the brains of seniors with PD, there is no known direct cause of the condition. Theories include a possible hereditary link and environmental influences, like exposure to certain toxins or chemicals.

Medications are adjusted based on symptoms presented. Common medications prescribed for PD include:
• Dopamine agonists (includes a powerful and fast-acting injectable that can temporarily relieve symptoms)
• Levodopa (considered the most effective PD drug)
• Anticholinergics (eases the effects when medication dosages wear off)

Aerobic and learning-based exercises benefit seniors with Parkinson’s the most. Some of the best include:
• Movements paced to a rhythmic beat
• Exaggerated movements (to help with gait)
• Water-based exercises
There is no test that can detect if someone has Parkinson’s in advance of symptoms becoming noticeable. Studies suggest men may be 50 percent more likely than women to develop Parkinson’s disease. While related complications may affect the lifespan of somebody with the disease, Parkinson’s disease itself isn’t fatal.
If your senior loved one has recently been diagnosed with Parkinson’s and you aren’t sure what happens next, reach out to Home Care Assistance. As a trusted provider of senior care in Dayton, senior health, wellness, and comfort are our top priorities. Our caregivers are expertly trained to manage a wide range of care needs, including those that accompany advanced conditions, our Care Managers are available 24/7, and we back all care services with a 100% satisfaction guarantee. For more information, give us a call at [hca_phone]. 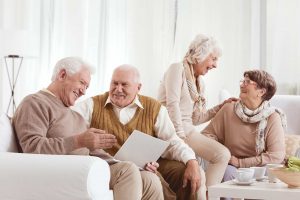 Talking to Family and Friends About the Need for Senior Care 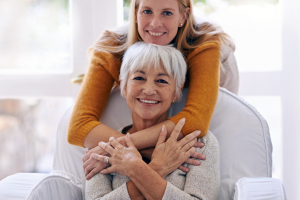 6 Steps to Overcome Refusal of Care 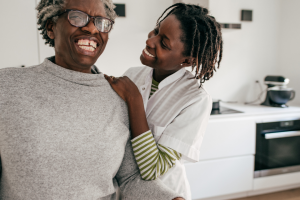 In Home Care Can Help Seniors Keep Their Home Clean

Talking to Family and Friends About the Need for Senior Care

How Music Can Support Mental Health in Aging

6 Steps to Overcome Refusal of Care 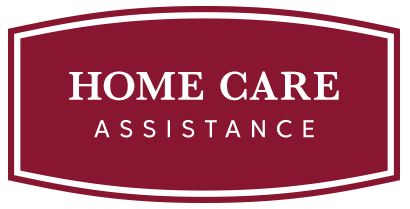